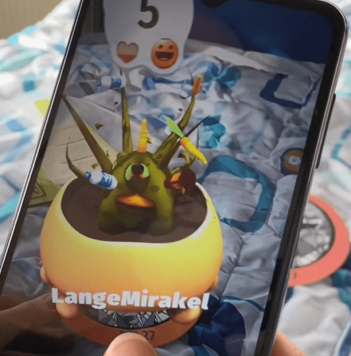 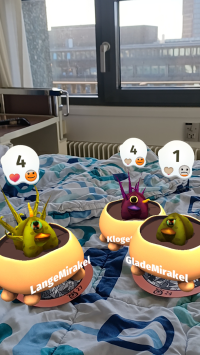 The initial idea was to give ill children and adolescents during their time in hospital undergoing treatment a reason to be mobile and fill their time.

With Rigshospitalet I created the Augmented Reality App ‘Monster Gartner’. I was in charge as overall project manager with planning, supplier communication, risk management etc.

As concept owner, I combined the hospital context with the creative production of our suppliers through my game design knowledge. This involved patients and staff through analysis, concepting, and testing. The project was developed from idea to implementation, in collaboration with departments and research scientists, and is now in use in the hospital. 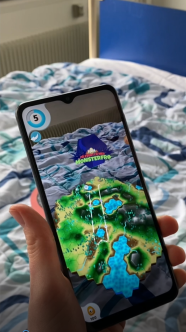 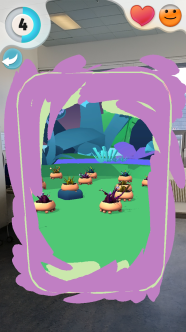 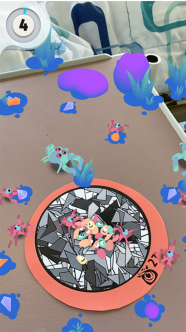 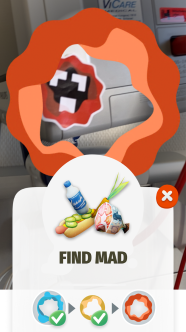 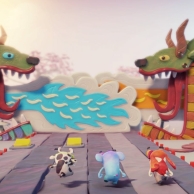 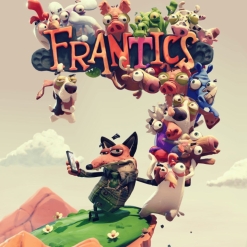 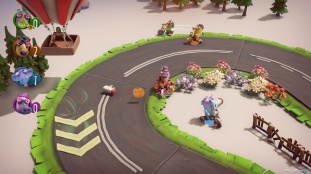 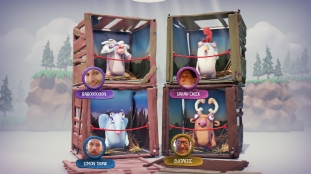 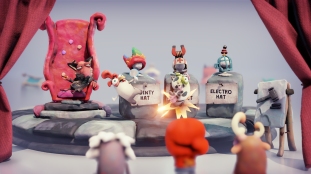 A tablet game for the 5-7y old about what food does to your body. The kids can explore, play and learn while using the effects the food has one the body to complete mini games or pretend-play.
During the 7 months of production I’ve been part of taking the concept from prototype to finished game, designing core mechanics, mini games, art assets end much more, including weekly external testing and project management. 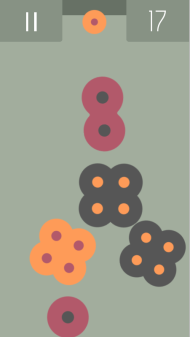 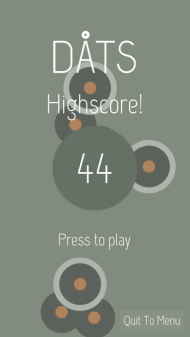 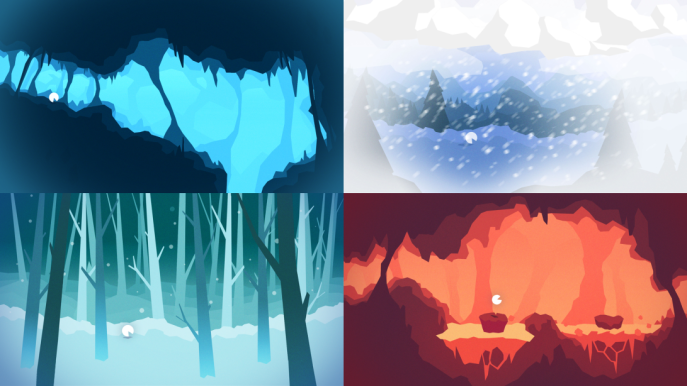 The Circle, a tablet story-driven platformer about an incomplete circle trying to find its missing piece. On its journey it will meet many characters and potential fitting pieces, changing its abilities and the story.

I worked on levels for creating a vertical slice and developed game mechanics to be introduced during the game in early development.

A beta-demo of our Survival Horror Puzzle Game.
Explore the Post Apocalyptic world, filled with light powered dangerous robots.
Your only tool is a flashlight. You need it to explore, but it will also activate the robots. 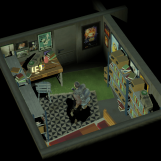 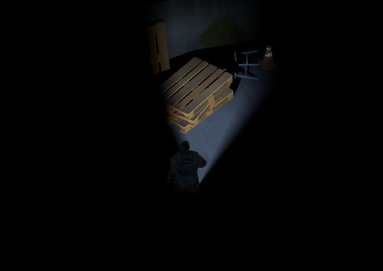 In Dark Corners you play as Sabbie, a young adult who lived alone in the darkness for a lone time. Sabbie have what she needs of food and water, but she is in desperate lack of something more. Though she is trying to keep the loneliness away with books it is not enough and she ventures out of the safety of her home to find meaning.
The game is centered around exploring and solving situations with your flash light while the story plays with what you will do and risk to not just survive but to live.
10 week production at KADK 2015.
Myself: Story, Game Design, Level Design, 3D Modeling, Textures, Programming.
Kenneth Hallberg Faigh: Programming, Sound, Game Design, Level Design.
Duy Tan: Animation, Game Design, Character design and 3D Modeling.
Caroline Rievers: Voice Acting.

For my Bachelor at KADK I did an experiment. It was inspired by minimalistic feelings-based games such as Loneliness, LIM, Loved and Pretentious Game, but I wanted to expand the experience and give the player the power to interpret without judgement. Kind of like a Rorschach test but as a game. You would learn something about how you react to situations and can reflect upon your own intuitive choices while playing.

My focus was on communicating the feelings connected to relations between people; feelings such as loneliness and friendship, betrayal and safety. I did this primarily through game mechanics, level design and feedback design. Graphics and audio was not the focus and should be watched as placeholders conveying the mood. 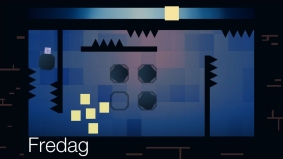 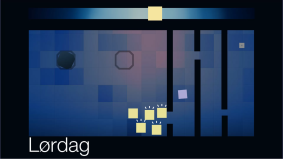 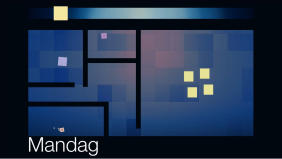 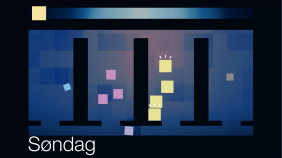 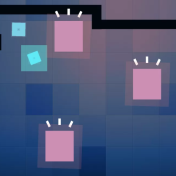 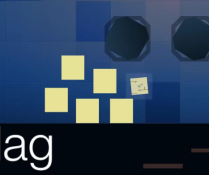 A sad story based game about a young girl who think she is dead. She’ll seek through her home to hide her death and herself from her parents. The game is about Depression among children. 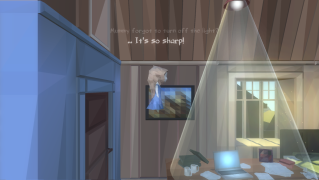 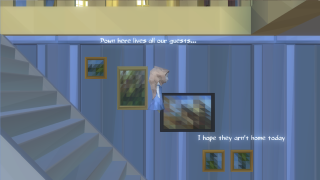 Tactygon is a minimalistic real-time strategy game about leading your army of polygonic units into battle. Fight through various levels, capture the enemy base and unlock the 8 different units with each their special property.
Removed from Google Play and iOS in 2018. 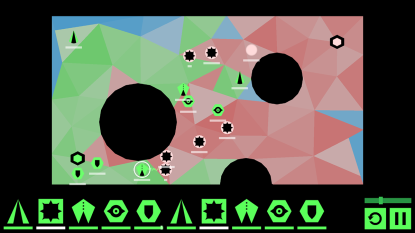 Concept development of a cooperative third person action game. Kind of like Left 4 Dead, but with sheep, procedural generated dreams, sweet nightmares and no guns.

As sheep trying to manage the nightmares of a six year old boy’s dreams. You need to work intensely together in a crazy dream world and distract the nightmares so they don’t wake up the boy. 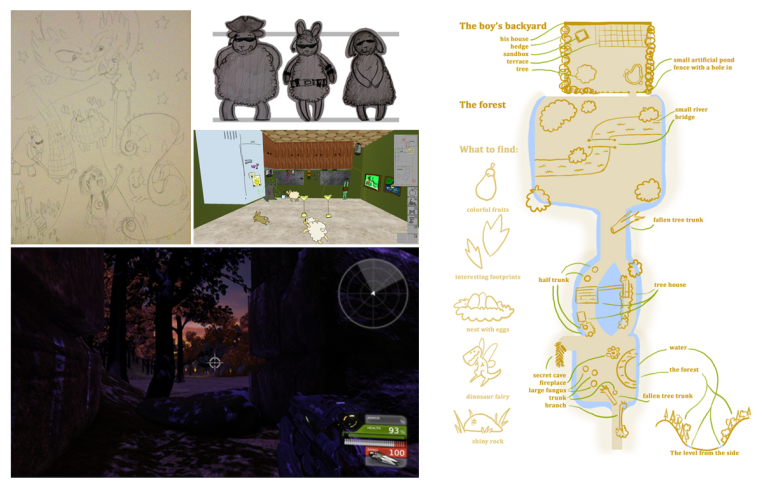 As cupid you get send to the underworld after the mess you made with Romeo and Juliet. You have your arrows of love to make you way through this platform adventure game.

We where 28 students working on the project for 9 weeks in 2012. I did 3D, textures and mostly; project management. Please check out my teacher’s recommendation.

My project at Rigshospitalet has ended, and I'm looking for new opportunities in the fields of games, user inclusion, creative projects and/or managing.
I'm a designer with focus on games, concept development, the user and making great experiences. Previously I've been developing a Tamagotchi meets Pokemon Go game for children at the hospital at Rigshospitalet managing the process and design from idea to implementation. Before that I was making a quirky learning game for kids about food at Klassefilm. And level design at The Lovable Hat Cult and mini games at NapNok Games.

I have a bachelor in Game Design from KADK and is a Diploma Engineer in Process and Innovation from DTU.